50m after the expansion there is a wye piece with another 14″ line joining the main export line to shore. It is required to simulate the motion of the last pig in the train and care must be taken to insure that this pig does not reverse back into the wye piece due to compressible effects.

Whenever a pig experiences a change in sliding friction with the pipewall, in a gas pipeline, it will undergo transient motion. This can occur at a weld in a pipeline for example, where excess pressure must build up because of the pig stalling at the weld. This energy is then converted to kinetic energy and high velocities result.

The volumes of gas either side of the pig will determine when and where the pig will reverse. A number of undesirable events may occur: –

The following input was used in this Case Study:

The first figure shows the pig velocity and distance travelled for the pig with a large gas slug downstream. This shows the risk of reversal back into the wye piece. The propagation of pressure waves up and down the pipeline governs the timing of the reversal. 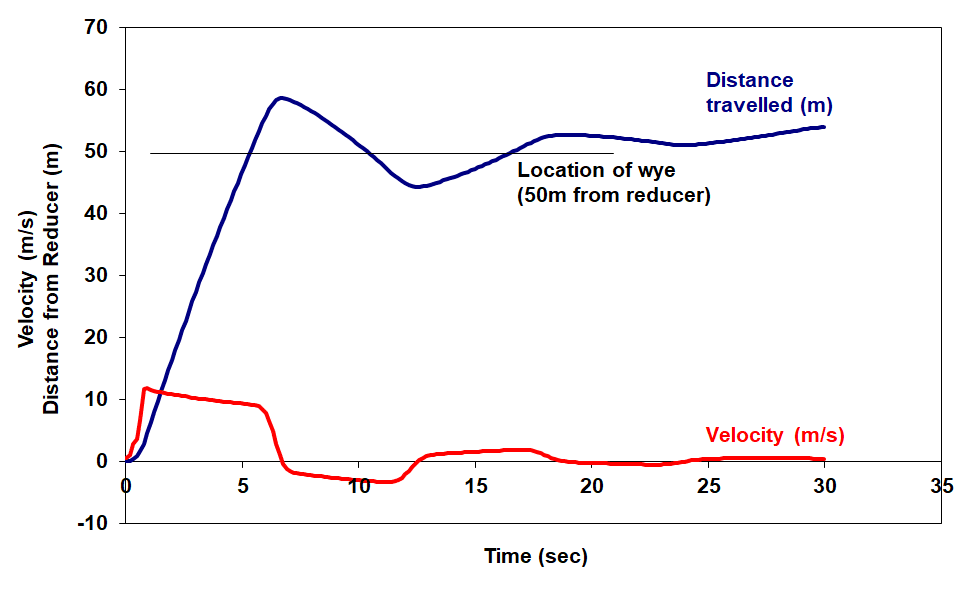 To solve the problem the gas slug length is shortened. This is shown by the second output trace for this case. It may be possible to alter other aspects such as system pressure (The higher the system pressure the more stable the pig motion), but this was not possible in this instance. 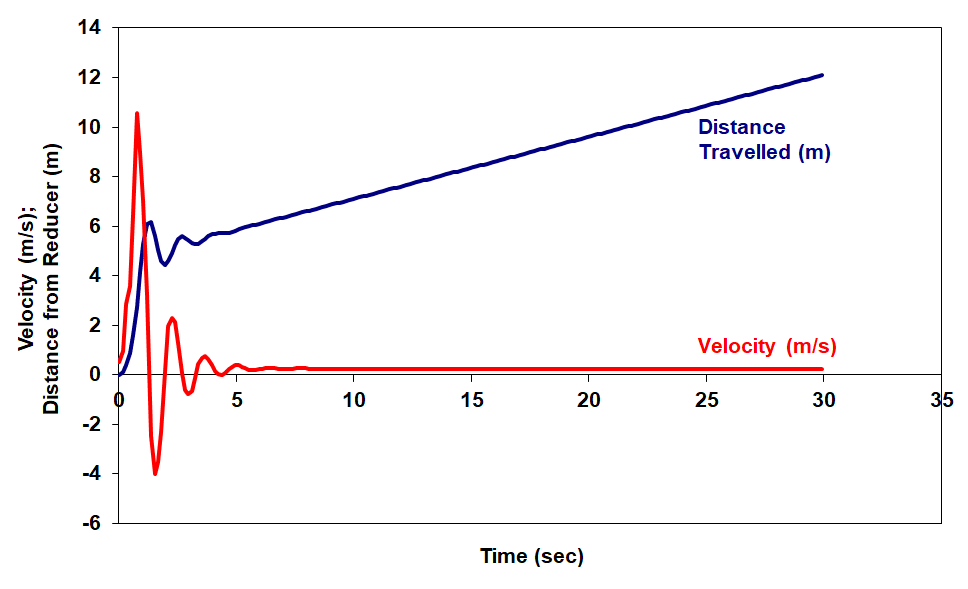 Simulation of Dual Diameter Pig Motion The Scenario A dual diameter pig train is used to dewater a...