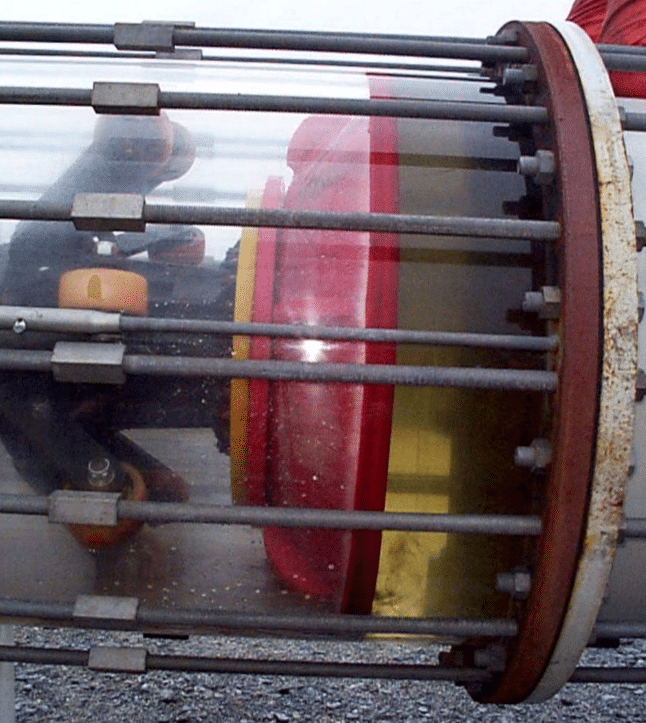 The 42″ Asgard Transport pipeline runs some 684km from Asgard B Platform to the landfall site at Kalstø, Rogaland, Norway. The ERB (Export Riser Base) consists of 28″ pipe with four 14″ risers from the platform. The 28″ pipe runs 500m and then expands to 42″.

The RFO (Ready For Operation) pig developed in 1999 was run from the land fall site to the receiver on the ERB, ie 684km of 42″ line reducing down to 28″ for the last 500m. The RFO pigging tasks involved waterfilling the pipeline for hydrotest and dewatering with a glycol train.

Therefore the pig needed to be able to: –

Based on this the Asgard RFO Pig was developed, using: –

Note that the supporting function and the sealing function have been essentially separated here. This provided Statoil with an excellent dewatering run in the line with the lowest ever measured volume of water in glycol.

The Norne Heidrun pipeline runs 160km from Norne to Heidrun in a flow bundle. Initially, the pig...

Pipeline Research was involved in nitrogen testing of the pig motion and integrity of a 9-inch x 16-...